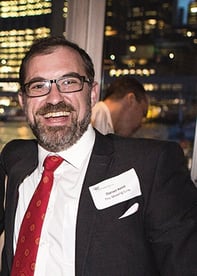 Daniel, known fondly to us in the office as Dank, has been with The Missing Link for two years next March. He’s a Security Sales Executive responsible for identifying and driving security-related business.

To directly quote Dan his favourite thing about the IT industry is, “How IT has fundamentally changed our lives so much within the duration of our own lifetimes, and that there is still so much change still to come, As the impact of AI and as IoT, autonomous cars, big data etc becomes more prevalent our lives will change further. All we can safely say is that change will continue at an ever-faster rate and we have no idea what impact of IT on life will look like in 20 years’ time. These are very interesting times!”

He’s embarrassed to admit his most-used emoji is the ‘blowing kiss’, but assures us it’s most frequently sent to his partner. He couldn’t live without his iPhone, iPad and wireless earbuds.He’s a self-confessed Podcast addict, his current favourite is Wolf 359, but warns it’s super sci-fi nerdy. His favourite apps include:

Downcast – my podcast catcher – I’m an addict of podcasts and there’s so much great stuff being put out that is off the beaten track of main-stream media.

Signal – the best (IMO) & most secure messaging app with a fantastic FaceTime like feature that’s so easy to use even my mum uses it to talk to me from the UK.

The AnytimeFitness & Runkeeper – where I record my workouts and runs.

Although Dan isn’t officially studying anything at the moment he has always been a fan of ancient history and reads up on that whenever he has spare time. On a typical weekend he can be found spending time in the garden with his kids, or running in Lane Cove National Park.

His hobbies (when he gets a chance to indulge, he has two kids under eighteen months!) include roller-skating, bee-keeping, charity work and annoying his family with his guitar playing. If money were no object…. “I’d be a few hundred km’s inland from Mullumbimby surrounded by beehives and my family."

If you liked this article you may also like: 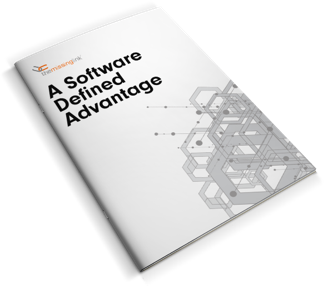 The Work Stuff Growing up, I always wanted to join...

The Work Stuff I have always had a passion for ani...