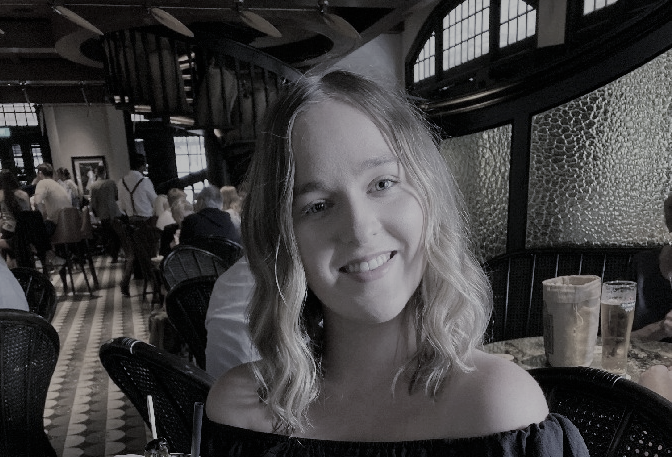 Our staff is notorious for being video game addicts; whenever they're catching a break, you'll find them glued to their consoles. So we took to the polls and the following are a list of our go-to video games (old and new) 🎮

If you are looking for a fresh spin on battle royale action, this is it 😀

Call of Duty Warzone is our Security Consultant, Youssef's favourite battle royale game because it incorporates the best aspects from the genre including; quick and easy loot pickup (Fortnite), weapon and ammo management (Apex Legends) and real-world aesthetics (PUBG). Will you be the last team standing?

Skyrim is one of the chapters in the highly anticipated Elder Scroll saga and is a crowd favourite at The Missing Link due to its revolutionizing open-world environment. The game's main story revolves around a quest to defeat Alduin the World-Eater, a dragon who is prophesied to destroy the world. However, it is one of the few games where you can explore outside of the quest for hours and still be engaged.

Age of Empires II: The Age of Kings

The Age of Empires II is the legendary real-time strategy game that is set after the fall of Rome, where players are tasked with building an empire during the Middle Ages. Our Inside Sales team member, Peter's favourite part is being able to build a great and powerful civilization while progressing through the four historical stages of the game.

Soccer ⚽ but with rocket-powered cars 🚀

In Rocket League the gameplay is simple; two teams drive really fast around an arena doing fancy tricks while trying to smash an oversized soccer ball into the goals. Jeremy, our Senior Account Executive, loves this game because although it seems easy, you need a good team and strategy to win!

Shadow of War continues the previous game's narrative (Middle-earth: Shadow of Mordor) and is set in between the events of The Hobbit and The Lord of the Rings. This game is praised for its story-line which gives you a glimpse of what was happening in the early days of Sauron's return. This is another highly recommended video game by Jeremy.

A blast from the past 💥 Spyro has returned, feeding the demand for gaming nostalgia. Spyro Reignited Trilogy takes the three games from the original and gives them a fresh redesign. Maddie, our Senior Service Delivery Coordinator, selected this video game because it fills the first three adventures with such reinvigorated life.

Ernani, our Project Coordinator, selected this game due to the captivating story writing that leaves players emotionally invested in both the characters and the fantasy world setting. In The Witcher 3, players must battle the many dangers with weapons and magic, to help find the protagonists, Geralt of Rivia's missing adopted daughter who is on the run from the Wild Hunt 🐎 This game will keep you busy for months!

Grant Theft Auto V is the iconic action-based game, part of the GTA series by Rockstar Games. The story follows the protagonist's effort to commit heists while under pressure from a government agency and powerful crime figures. Our Support Engineer Team Leader, Marco, voted for this title due to the detailed open-world game design that makes the game incredibly immersive, and chances are you'd feel like you’re a part of the game 😎

Crash Bandicoot is back 😍

The Crash Bandicoot N.Sane Trilogy features fully remastered versions of the original trilogy. Not only can you take a trip down memory lane with the iconic adventures, but each level also houses several small optional side objectives as well, like smashing all the boxes. You will not be disappointed; it is remarkably faithful to the originals and highly recommended by our team member Nicole.

Can you imagine a world overrun by machines? Horizon Zero Dawn follows Aloy, a hunter who sets out to uncover her past. The player must use ranged weapons to combat mechanical creatures and other enemy forces ⚔️ Ron, our Automation Engineer, praised this game for its open-world setting and captivating storyline.

Red Dead Redemption 2 has been named one of the best single-player action experience of the generation. The game is set in a fictional recreation of the American Old West in 1899 and follows the life of Arthur Morgan – a notorious member of the Van der Linde gang. This one is our Inside Sales team member Alinah's favourite due to its immersive and realistic gameplay (that you can get lost in for hours).

The Work Stuff I have always had a passion for ani...

The Work Stuff Growing up, I did not have a clear ...